We recommend using a newer internet browser, such as Google Chrome or Microsoft Edge, to optimize your browsing experience

“700,000 people die every year from fake tuberculosis and malaria medicines"

An estimated 1-in-10 medical products circulating in low and middle-income countries is either substandard or fake.01 I’m part of a global team that is trying to protect people from these counterfeit medicines whilst also protecting our brand and products right along the supply chain. That involves everything from investigating criminal incidents, to logistics and sustainability.

It’s hard to overstate the impact that fake or counterfeit medicines can have. For example, it’s estimated that 700,000 people die every year because of fake tuberculosis and malaria medicines.02 It’s a shocking statistic but it drives home the fact that counterfeit medicine is not a victimless crime. People with diseases such as malaria are dependent on life-saving medicines – if they don’t get the right medicines, or they use a medicine which is sub-standard, has the wrong ingredient or the wrong dose, then it can potentially be fatal. 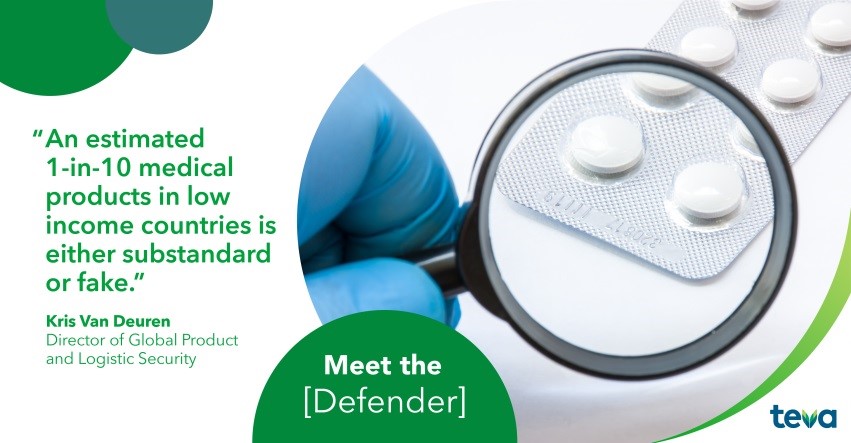 Criminal groups making and selling counterfeit drugs will often target poorer countries or disaster relief operations. They know that people in countries hit by earthquakes or other disasters are desperate and medicine is in short supply. But the drugs they provide are often made in illegal underground labs. They may be contaminated, might not contain any active ingredient or even contain a harmful one. They can make a bad situation worse.

I’ve been sponsoring three kids in Ethiopia for the past 10 years. I got involved through a charity project to build a school in Ethiopia which was near a small hospital without electricity or water. I was shocked that women had to give birth there without clean water. Criminal organisations peddling counterfeit drugs often prey on hospitals like these that lack even basic medicine and supplies. It’s very important to me personally that my job helps tackle exploitation of the poorest and most vulnerable people on the planet.

My job has changed a lot. When I first started, most of my work focused on dealing with issues in individual countries. Now, most of my time is spent dealing with cross-border online activity. It’s estimated that 97% of online pharmacies are unauthorised and more and more websites are springing up all the time.03 It’s become a much more complex task and we’re increasingly investigating online trading and multinational incidents with high risks both for patients and for us as a company.

Most patients don’t know that the pharmaceutical website they are using is fake. These websites can be so sophisticated that it’s sometimes hard for even IT specialists to see through them. On the other hand, some patients are aware that when they buy something very cheaply online it might be dodgy so they’ll ask us if the product is safe. But they’re often reluctant to disclose the websites they bought medicines from because it might be an illegal purchase in their country.

I’ve seen ‘shopping malls’ where virtually all the drugs being sold were counterfeit. I was on a field trip in one country and saw stalls two to three metres wide packed with counterfeit drugs. The ones we saw on that day didn’t pose a serious health risk as they weren’t selling life-saving medicine, just medication for a runny nose which either had the same active ingredient as the legitimate product or none at all. However, counterfeit drugs can carry serious health risks and they can contribute to the rise of drug-resistant diseases. 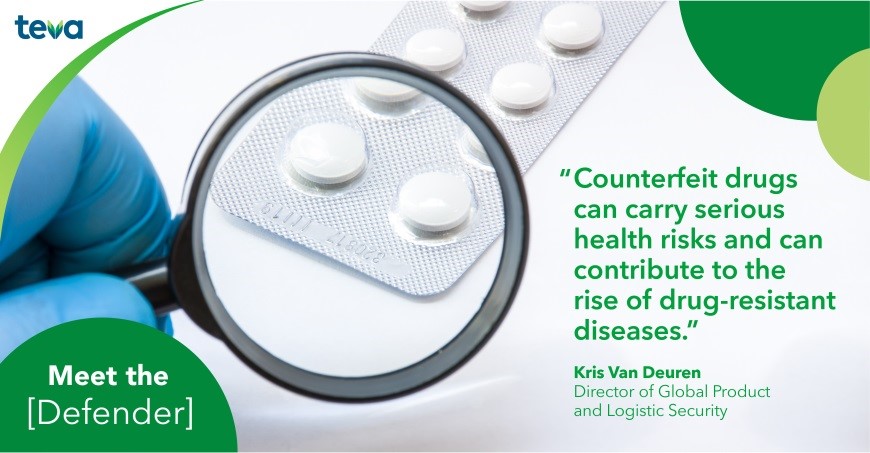 Europol launched Operation Viribus earlier this year, the largest counterfeit drug action of its kind. It was a huge effort involving 33 countries, hundreds of arrests and the closure of nine underground labs. The action dismantled 17 organized groups and seized 3.8 million illicit doping substances and counterfeit medicines. 04 We shared intelligence with several police forces through the Pharmaceutical Security Institute (PSI) and with the World Anti-Doping Agency.

Sometimes it’s good to escape when you have a busy job. That’s one reason I scuba dive.You’re completely disconnected from normal life and submerged in unbelievable beauty.

Serialization of medicines is an important new approach to combatting counterfeit operations. The European Union introduced new legislation,05 which took effect this year and requires unique identifiers for medical products. Many other countries and regions are also increasingly introducing their own regulations and legislation. We’re putting a lot of effort into this area, we have a specialist team helping us verify legitimate products and supply chains. There’s no doubt that counterfeit drugs can be hard to spot, because the product and packaging can be virtually identical to the legitimate product, but it’s now getting harder for these criminal groups to get away with it.